Here is the latest – if you are following Emily’s story.

This is what it looks like during her first 36 hours. A dark room (pitch black unless a nurse comes in). These are long, silent hours where prayer and emotion come very naturally to me.

This is Emily after the 36-hour sickness window. She is feeling better and is often entertained by various staff. Sarah, one of her nurses, is asking Emly to explain aspects of the Marvel universe (one of Emily’s specialties).

Sue’s parents have been staying with us for over a month. They ventured down on Friday and spent time with Emily. Emily’s favorite thing with grandpa is to beat him in Wizard – a card game. She had success again today.

A goodbye to grandma and grandpa who flew back to Pennslyvania on Saturday. We are thankful for their support and help while here the last five weeks.

They had a Father’s day breakfast available at the hospital. So Emily and I walked down the hall to enjoy breakfast together.

We are thankful the hospital provides free laundry machines.

They even provide laundry soap!

This is a great nurse! Knowing Emily doesn’t sleep long at night because of waking up to pee and needed interruptions from medical staff – she wanted to avoid her waking up an extra time – so she left this note by the toilet. 🙂 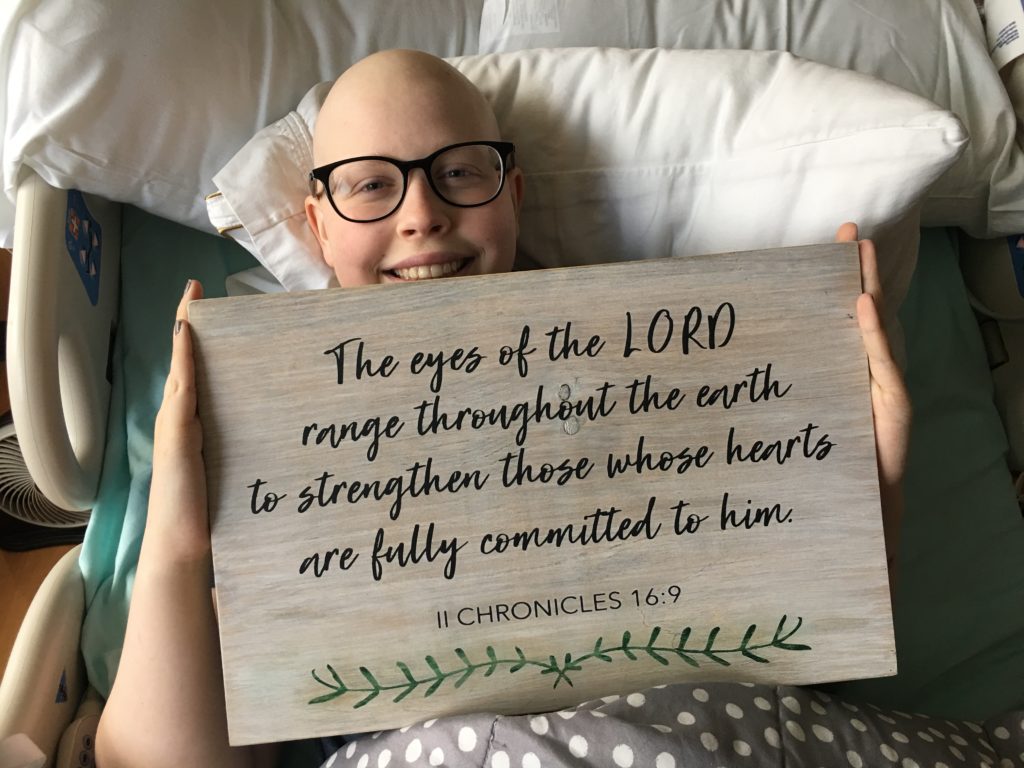 Another sign made by our friends, Hollie and Kaitlin (https://m.facebook.com/solittletimedesignco). I love the promise of this verse!