Tonight (2/16) begins week #5 of 18 weeks of chemo treatments. Here is an update on what has been happening, what will happen the next few weeks, what you can pray for, and some pictures:

What has been happening:

What is happening now:

What is coming next:

How can you pray? Here are some long-term and short-term prayers for the next 3 weeks:

Here are some pics for today 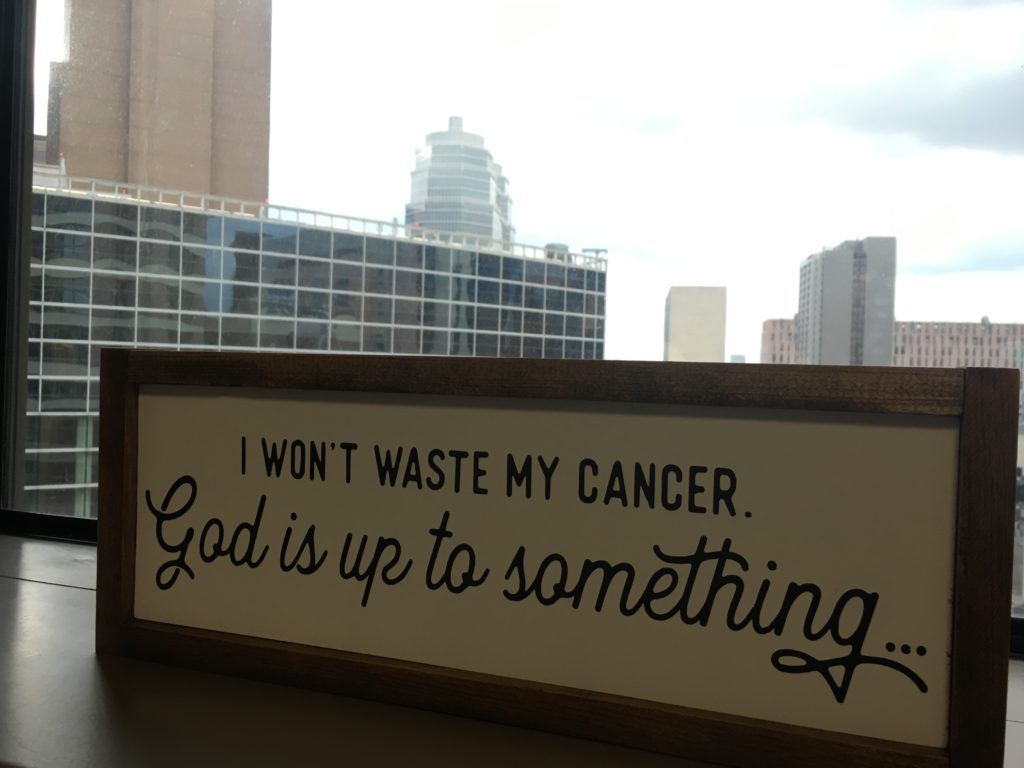 Each round of chemo, I give Emily a framed saying. This is the one for this week.

There is a lot of waiting. As we wait for Emily’s port to be accessed so they can start the fluids, Sue decided to try a stethoscope for the first time.

We are thankful for this place. God could heal Emily miraculously, but typically when He heals cancer, He does so through medicine. We will forever be thankful that God has us in Houston for this stage of our lives.